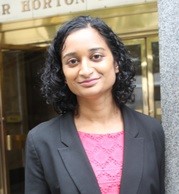 The Metropolitan King County Council removed the interim title from Anita Khandelwal, giving its support to her appointment to a four-year term as the King County Public Defender and Director of the Department of Public Defense.

Khandelwal will be the Department’s second director since voters approved the Charter amendment creating the position in 2013.