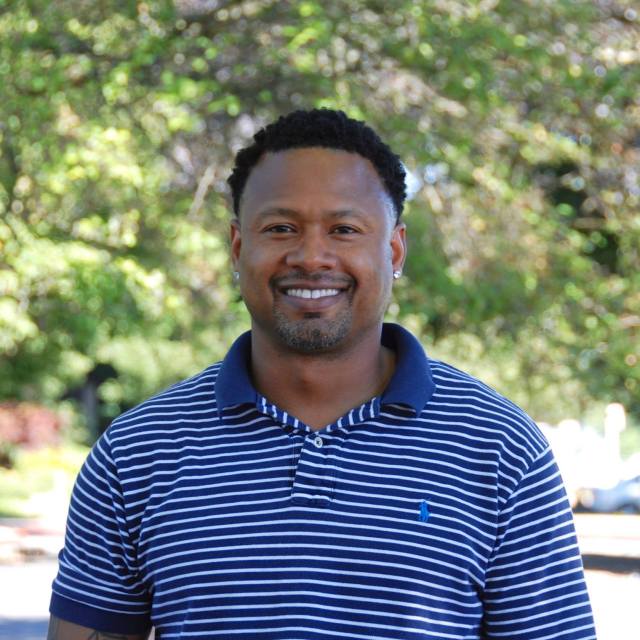 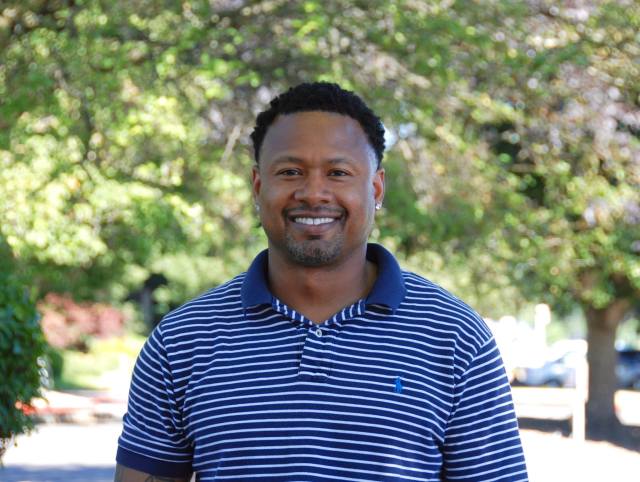 In the early 1990s, Mario Bailey was setting University of Washington football on fire. The Husky Hall of Famer and All American receiver helped take the Huskies to the Rose Bowl twice, scoring four touchdowns at the bowl games and leading the Huskies to a co-national championship in 1991.

By the end of his college football career, Mario had shattered several records. He still holds the Husky and PAC-12 record for touchdowns in a season (18), and has the record for career touchdowns (30).

Mario was drafted to play for the Houston Oilers in the 1992 NFL draft, so he left the University of Washington three quarters short of graduation only to lose his spot with the Oilers to a free agent in his rookie year.

Mario laughs ruefully when he says that for the next 12 years, he played “all the FLs out there except for the NFL.” Mario played the XFL, the AFL, the CFL (Canadian Football League) and professional football in Europe, where he is the all-time reception leader.

Mario struggled with a torn hamstring early on, but he says the real reason his football career didn’t end up the way he expected was from a lack of effort. “I was talented, but I wasn’t working hard. I was having fun getting by on raw talent instead of putting in the work I needed to do,” he says. “I ended up waking up one day at 34, 35 years old with no resume, no college degree, and having to figure out what the hell I was going to do now. My pride was such that I didn’t want to take a regular job because everybody was asking me about my football career.”

In 2003, the Huskies Head Coach at the time, Keith Gilbertson offered Mario an assistant coaching job with a starting salary of $150,000. Mario, however, needed to have his bachelor’s degree for the position. He re-enrolled in school, but Coach Gilbertson was let go before Mario finished his degree. The coaching opportunity slipped away.

“Opportunities don’t always come twice,” Mario preaches to teenagers today, encouraging them to stay in high school or get their GEDS and enroll in college. “I tell them to take advantage of every opportunity that comes their way because you can’t go back. Sometimes you have to tell them your story because they don’t know where you’re from or what you’ve been through.”

If Mario has regrets, he also firmly believes things happen the way they are meant to happen. He found his passion working with kids as an outreach manager for Reconnect to Opportunity, a King County program that helps youth get back on track with education and employment opportunities. “I was lucky to discover my ‘it’ a little later in life. Some people don’t ever find their passion,” he says.

In the first month and a half in his position, Mario personally visited around 35 educational resource centers in the county. It was one thing to read about what they offered online, but personally visiting places like YouthSource, Bellevue College, Open Doors, and Lake Washington Institute of Technology gave Mario a first-hand knowledge of the different GED and diploma programs available to youth.

Mario is genuinely enthusiastic when he talks about the teens and families he’s helped. When a young teenager dropped out of school because she couldn’t care for her 2-year-old toddler and attend classes, Mario suggested she enroll at Southwest Family Services which provides an onsite day care. She was able to complete her GED in three weeks.

Mario helped another father and son work through their options. The high school sophomore was bored and anxious and didn’t want to go to school anymore until Mario suggested he finish two years ahead of his graduating class by taking his GED. The teen got his GED in two weeks and is now enrolled in college.

At a county celebration for kids who have corrected their truancy issues, the Prosecuting Attorney’s office invited Mario to be a guest speaker to share his story.

“I like being around youth, and I like helping people out,” Mario says. “I like changing and transforming lives. Nothing feels better than helping somebody get a job or get a diploma and seeing them change their whole life around and get on the right track.”