Posted on September 14, 2016 by kingcountyemployees 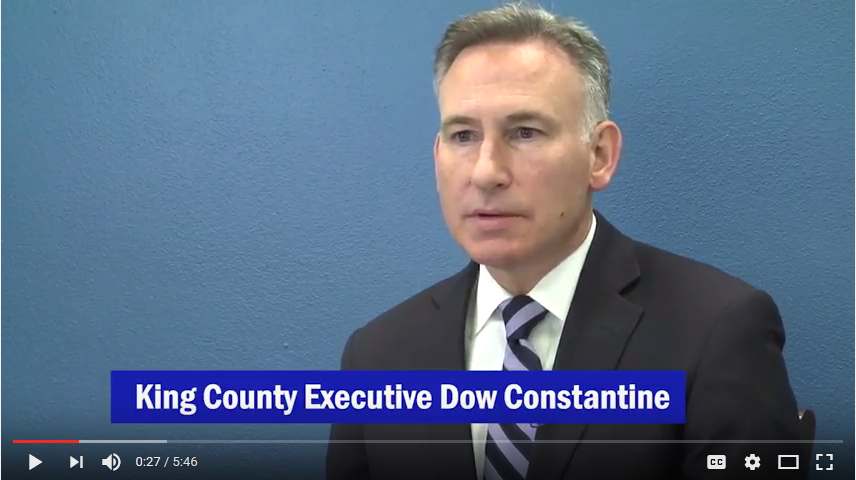 Many of us have thought about what more we can do to create a racially-just and inclusive King County and country. Many conditions in our county continue to become more inequitable with stark demarcations between the haves and the have-nots. At King County we are very proud to launch our first King County Equity and Social Justice Strategic Plan. This Plan builds on much of the good work that we and our partners have been doing to advance equity in our region and pushes us to become more thoughtful, strategic and effective…. Read More

On Aug. 18, King County Executive Dow Constantine joined Christie True, Director of the Department of Natural Resources and Parks, and Wastewater Treatment Division employees, former employees and retirees, to celebrate the West Point Treatment Plant’s 50th birthday. West Point, located next to Discovery Park in Seattle, has been helping protect Puget Sound for 50 years, and treats wastewater from homes and businesses in Seattle, Shoreline, north Lake Washington, north King County and parts of south Snohomish County. “We should be proud that we run such a clean sewage treatment plant that… Read More Foreign-born residents face particular challenges upon arrival in the U.S., and King County employees have been easing the transition for immigrants and refugees in the area for nearly forty years. King County Executive Dow Constantine visited the Downtown Public Health Center in Belltown Thursday with members of the media to thank those County employees and to show examples of the important services King County provides to immigrants and refugees shortly after they arrive from Sea-Tac International Airport. In light of the national attention immigration is currently receiving, Executive Constantine wanted to showcase… Read More 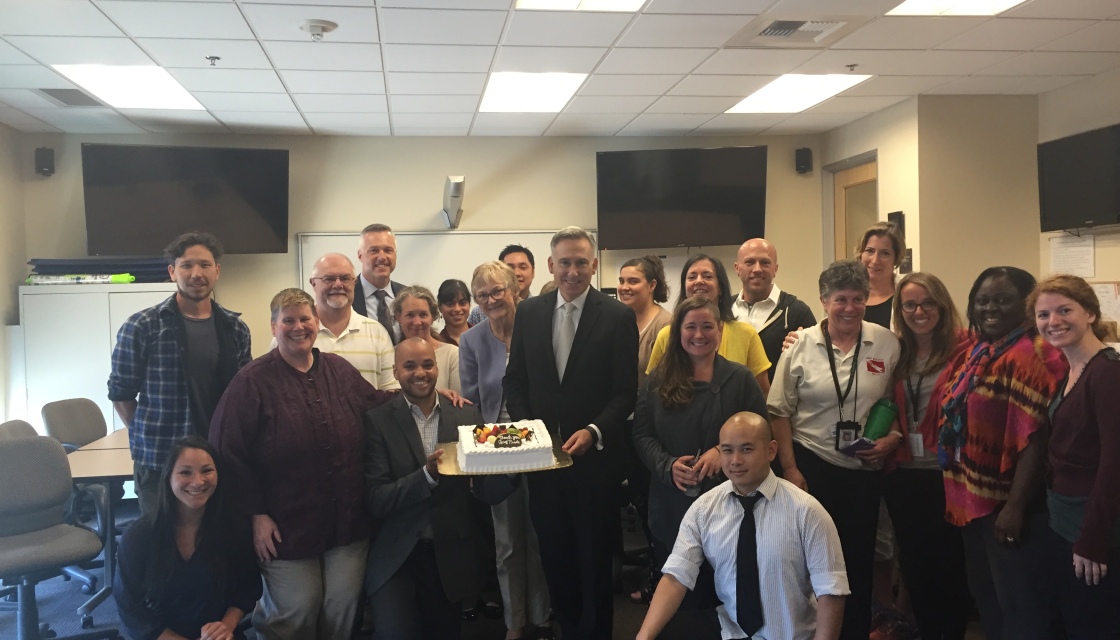 Employees across King County worked diligently to coordinate King County’s entry into the 2016 Seattle Pride Parade, and King County Executive Dow Constantine took some time to thank some of them for their efforts. On Monday, August 1, Executive Constantine dropped in on some of the planners to thank them for their work in coordinating King County’s presence in the parade, which more than 200 employees, family and friends participated in. He also encouraged the group to develop a “how to” manual which other motivated employees can use to ensure that the… Read More 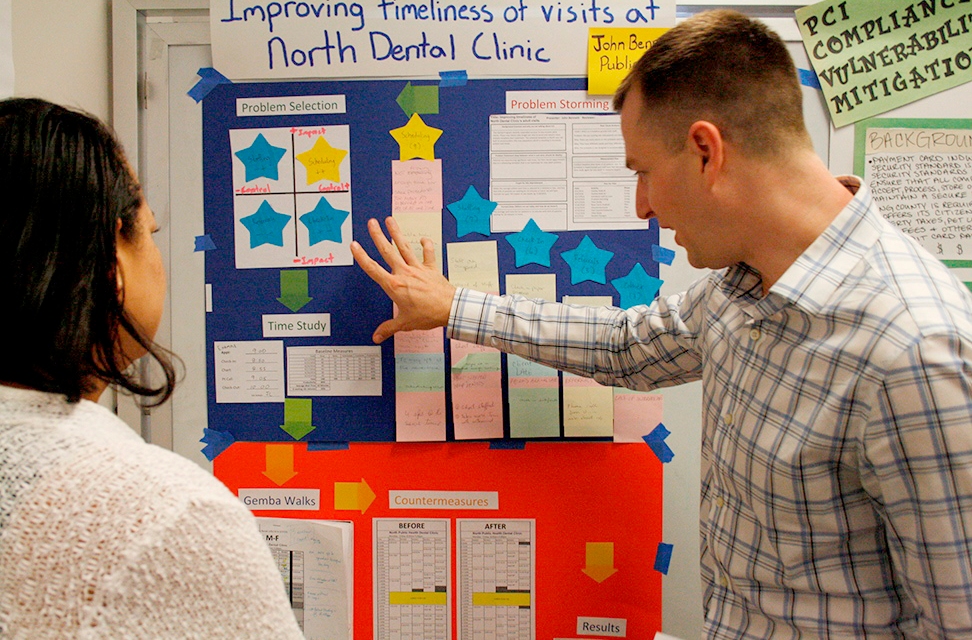 Crossposted from Lean in King County Lean leaders aren’t always in a position of authority – but they are in a position to influence (as we all are to one degree or another). Regardless of their formal role, Lean leaders are trained to nurture continuous improvement through facilitation and coaching, which can positively impact and promote culture change. Employees trained in Lean leadership have learned the comprehensive elements of Lean and the Plan-Do-Check-Act (PDCA) cycle. Lean leaders can guide teams through improvement processes and teach them to use Lean tools to build… Read More

King County Executive Dow Constantine has appointed Alex Fryer to serve as his new communications director, effective Aug. 1, 2016. Fryer has extensive background and experience in both public and private sector communications, most recently as Vice President of Public Affairs for The Fearey Group, a local media and government relations firm. “Alex Fryer’s exceptional knowledge and expertise in communications, and in community outreach and engagement, will help advance our work on equity and social justice, climate change, regional mobility, implementing our groundbreaking Best Starts for Kids initiative, and continuing to build… Read More

Posted on August 3, 2016 by kingcountyemployees 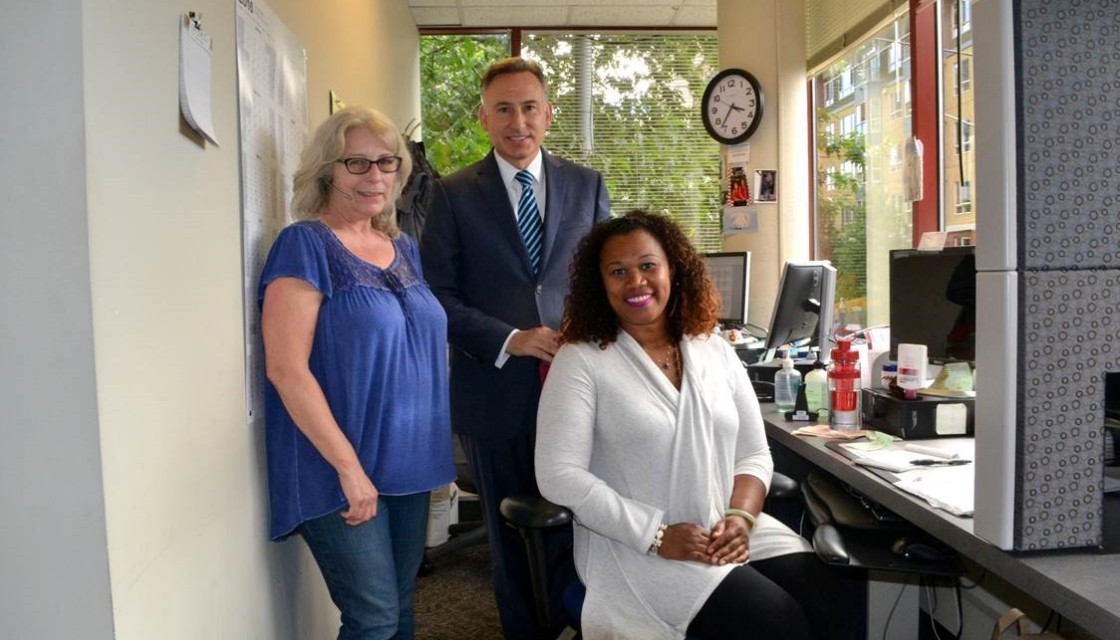 Dear fellow King County employee, Sometimes things of great value are hidden in plain sight. That was my sense on Tuesday, July 12 when I had the pleasure of a short drop-in to visit with our employees at the Downtown Public Health Clinic at Fourth and Blanchard in Belltown. Despite the short time available, it didn’t take long to see the dedication and hard work of our committed Public Health staff up close. The site is actually several clinics in one, with staff and services tailored for the needs of specific communities,… Read More

Posted on July 30, 2016 by kingcountyemployees 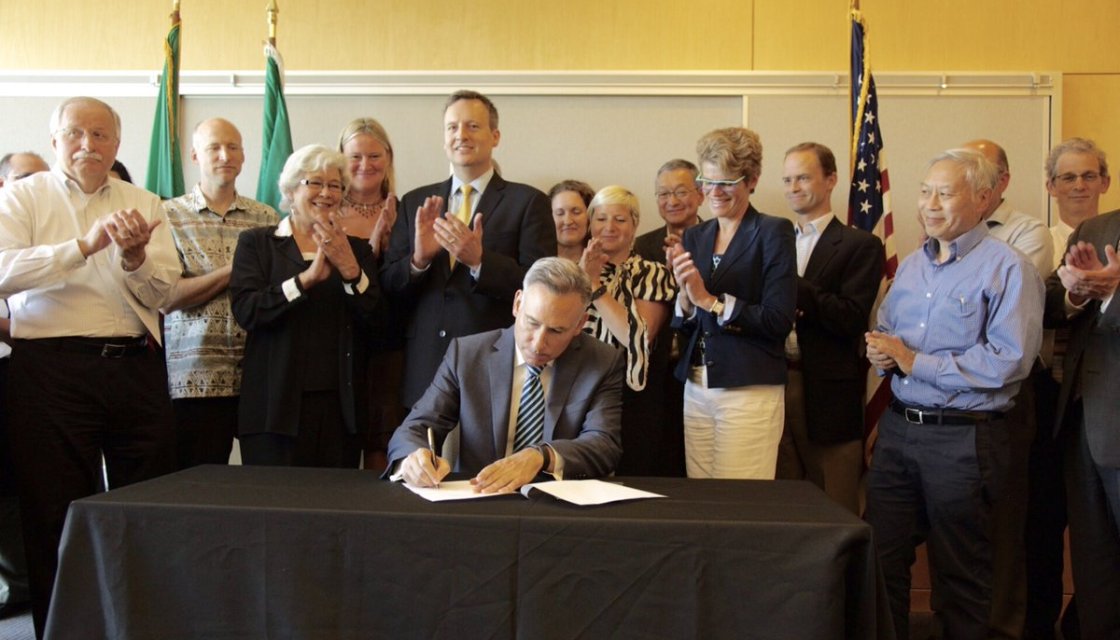 With rents and housing prices out of reach throughout the region, King County Executive Dow Constantine today joined with County Councilmember Dave Upthegrove and housing advocates to sign legislation to invest up to $87 million for creation of more than 1,000 units of affordable workforce housing near new or existing transit stations. “Today, we celebrate landmark legislation to create vibrant, mixed-income neighborhoods with affordable housing near transit centers,” said Executive Constantine. “It’s an innovative approach to connect more communities across King County to jobs and opportunity.” Read more in the official press release. 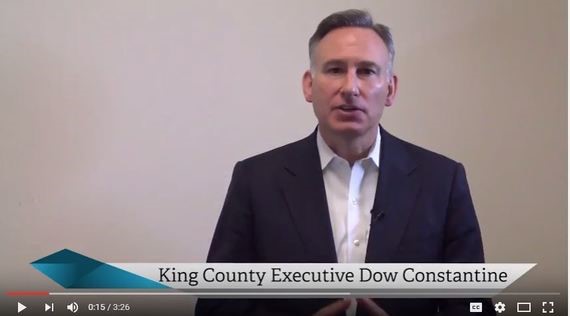 King County Executive Dow Constantine used the launch of a new employee video series, “Hot Topics,” to talk about one of the biggest issues that came out of last year’s Employee Survey: career growth and advancement. “It’s clear that we aren’t doing enough to provide genuine, equitable career development and growth opportunities for all employees, and that’s something that I am committed to fixing,” Executive Constantine said. “That’s because I want King County to be a place where you can pursue your passion for public service and take your career in a… Read More 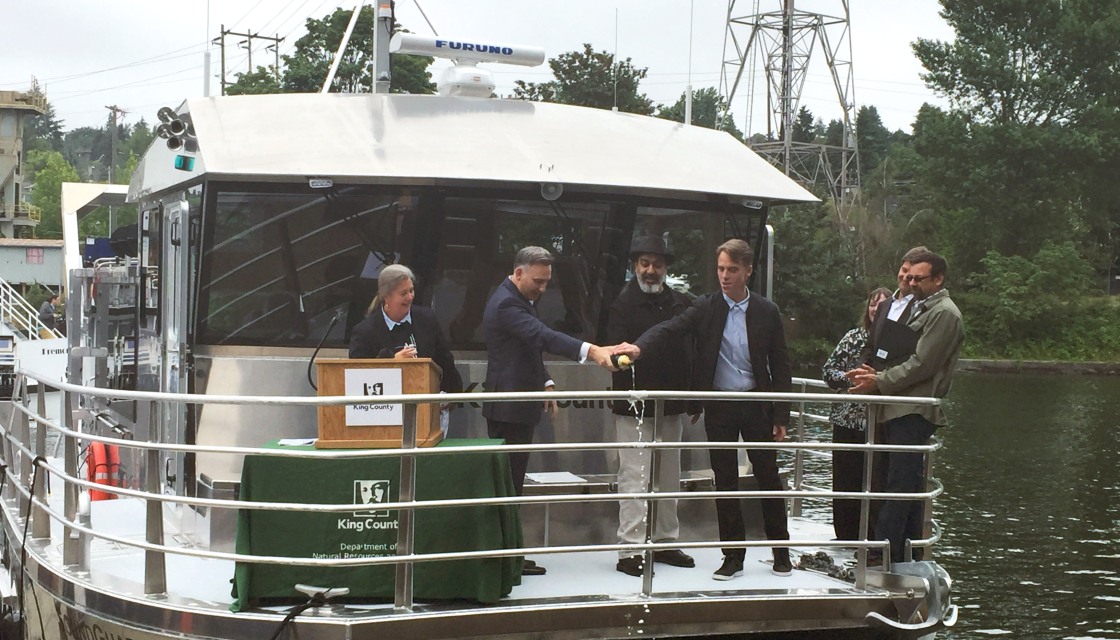 Members of the iconic Seattle band Soundgarden help Executive Constantine launch the SoundGuardian, King County’s new environmental research vessel. The new 48-foot vessel will be used by field scientists at the King County Department of Natural Resources and Parks to collect samples in Puget Sound, Lake Washington and the Duwamish River. For more information view the video on King County TV or read more in the official press release..