Updates to mask requirements and other COVID-19 restrictions 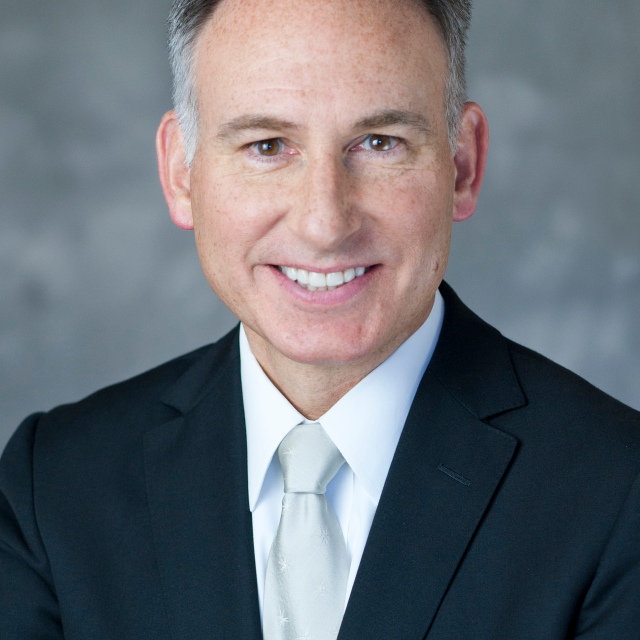 Restrictions on in-person work to end for remote workers 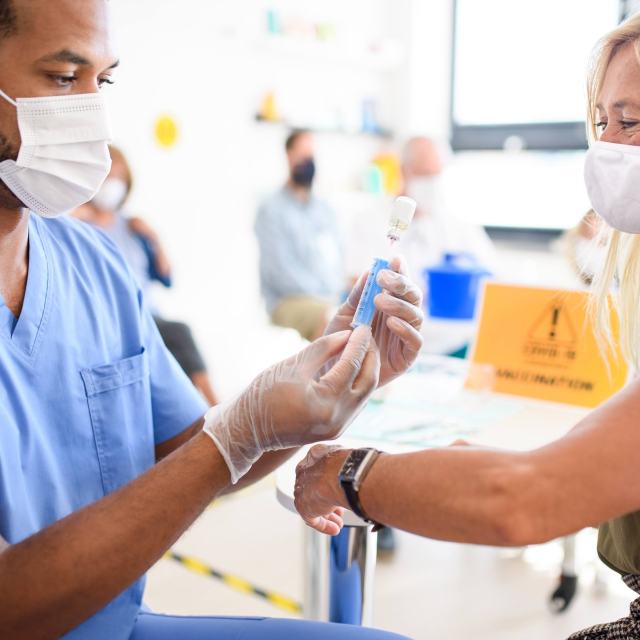 Cross-posted from King County Superior Court The top attorney for drug control policy at the White House spoke to graduates of King County Drug Diversion Court (KCDDC) at the online April 13 celebration. Robert Kent, General Counsel for the White House Office of National Drug Control Policy said attending drug court graduation is one of the most special parts of his work, “because it is a manifestation of what is possible — how we can get to the point where we engage, and live productive lives.” Click here to read the full story.

Cross-posted from Executive Services Express Through the new King County Jobs and Housing program, Regional Animal Services of King County (RASKC) has hired two temporary employees who are or were experiencing homelessness. The new positions are funded by the Jobs and Housing program, tapping into the federal COVID-19 recovery budget. Read more about this innovative program.

King County’s IT Helpdesk portal (Cherwell) is getting a new look and added features starting April 22. These changes are based on feedback provided by employees. The new IT Helpdesk portal provides a more intuitive, user-friendly experience, including: A handy search tool at the top of the page to quickly find self-help “Knowledge Articles” that answer basic questions A more prominent “Major Incidents” alerts for unplanned outages impacting King County systems A new “Conference Room Equipment” button for onsite AV support The IT Helpdesk will be unavailable on Friday, April 22 from 6 to 9… Read More

Recorded Teams Meetings will be deleted after 90 days

Microsoft has implemented a new policy to auto-delete recorded Teams meetings from the meeting owner’s OneDrive after 90 days. This policy will only apply to recordings created on or after April 15; previously recorded meetings will not be impacted. Going forward, meeting owners will be notified via email when recordings are deleted and can retrieve the files from their recycle bin. This will improve file management by removing unneeded recordings from employees’ OneDrive. Employees can save and share recorded meetings using Microsoft Stream. View the quick guide to uploading Teams Meeting Recordings to… Read More

Airport staff to present on diversity and inclusion at industry conference

Cross-posted from Executive Services Express Vanessa Chin and Kevin Nuechterlein’s proposal for a presentation on diversity and inclusion has been selected by the Northwest Chapter of the American Association of Airport Executives (NWAAAE) for their fall conference. Their presentation will be titled, “Sustainable Culture Change for a More Diverse and Inclusive Airport.” “For me, one thing I want to definitely impart with the airport industry is that the way that King County empowers our airport to live out our True North values and embed equity in all the work we do,” said Chin,… Read More

It’s safe to give help: Questions and answers about secondhand fentanyl exposure

Cross-posted from Public Health Insider As the powerful synthetic opioid fentanyl has spread across King County and the rest of the nation, it has, unfortunately, become more common to encounter a person who may be experiencing an opioid overdose. Questions arise about what to do in that situation – how to give help, and whether it’s safe to do so. Some stories in the media have raised worries about whether people who come into close contact with someone experiencing a fentanyl overdose could get exposed to the drug while trying to help. Dr. Scott Phillips, Medical Toxicologist… Read More

COVID-19 update: Considerations and recommendations as we move into spring

Cross-posted from Public Health Insider With cases slowly but steadily rising over the past month in our region, we’re taking a closer look at what we know about the state of the pandemic locally. The bottom line is that although ongoing ups and downs in COVID-19 activity are likely, it’s best not to become infected and there are effective ways to reduce our risk. Click here for a brief look at the current COVID-19 situation in King County and recommended strategies for anyone who wants to reduce their risk for COVID-19 and long COVID, especially… Read More

Posted on April 22, 2022 by kingcountyemployees

By Dow Constantine, King County Executive Climate change can feel overwhelming, especially now that we are experiencing the impacts in unprecedented ways. Last summer’s record-setting extreme heat event, coupled with more frequent flooding and greater wildfire risks, makes it clear that climate change is no longer a projection or prediction – it is right here, right now, and certain to get worse. Yet as we mark the 52nd Earth Day, we also see the progress we are making each day to create a more resilient, more sustainable, more equitable future for all… Read More

As shared from Roll Call: the DAJD newsletter, December 2021 – January 2022 issue Washington state lawmakers signed House Bill 2277 in July 2020, prohibiting the use of solitary confinement statewide. While DAJD’s Juvenile Division is already in alignment with the local King County Ordinance No. 18637 passed in December 2017, this new state legislation created new definitions of both “isolation” and “room confinement.” These definitions posed significant challenges to the Juvenile Division as the Restoration Hall, a living hall where youth spend their free time learning behavioral skills after exhibiting challenging… Read More

Posted on April 21, 2022 by kingcountyemployees

Retired Deputy Jerry Harris’ daughter recently contacted the King County’s Sheriff’s Office about her father, who had worked for KCSO from 1969 until his retirement in 1987. “He was very fond of his time with the department and proudly displayed his uniform on his wall,” said Chief Jeff Flohr. “His daughter requested a surprise visit for his 79th birthday, and we were happy to oblige.” Newcastle Police Chief Jason Houck and KCSO Community Engagement Specialist Manny Apostol visited Deputy Harris at his assisted living facility. He shared memories as an MPO and… Read More

Posted on April 12, 2022 by kingcountyemployees

By Katie Rogers, Department of Community and Human Services While downtown, you may come across people in blue coats assisting our unsheltered neighbors around City Hall Park. These people are part of the City Hall Park Neighborhood Outreach Team, a one-of-a-kind program funded through the Behavioral Health and Recovery Division (BHRD) within the Department of Community and Human Services (DCHS).  Robert Ewanio, a King County employee since 2013, supervises the outreach team and is a familiar face around City Hall Park. He took a Special Duty assignment last year to work directly… Read More

Posted on April 12, 2022 by kingcountyemployees

King County has launched a new plan to create a safe, more welcoming environment around County facilities in downtown Seattle. The Civic Campus Safety Plan brings new and augmented resources to King County’s downtown Seattle footprint – bordered by 3rd Avenue, Yesler Terrace, James Street, and Sixth Avenue – with the goal of making the central campus a welcoming space where every person can thrive. Under the plan, expanded security and custodial services include: Additional Sheriff’s Deputies to provide regular patrols on foot and bicycle between 7 a.m. and 5 p.m. Monday… Read More

Posted on April 11, 2022 by kingcountyemployees

Thank you for participating in the 2022 Employee Engagement Survey

By Whitney Abrams, Chief People Officer I want to sincerely thank you for participating in the 2022 Employee Engagement Survey. This past year has been challenging, and your feedback is essential in giving us the insights and information we need to be a supportive, inclusive, and respectful workplace. This year more than 63% of employees spoke up in the survey. Now your feedback, comments, and results are being reviewed and analyzed and we will share more detailed information and next steps with you in May. We are focused on creating a workplace… Read More

Congratulations to Cameron Decker and Kenton Robillard, who were recently sworn in as new deputies by interim Sheriff Patti Cole-Tindall. Both Decker and Robillard received additional acknowledgement to include The Partner Award, which is decided upon by their classmates and peers, and the Overall Award for the highest scores in academics, including shooting. The King County Sheriff’s Office continues to recruit officers and staff for a variety of open positions. Click here to view opportunities.

The warmer weather and smell of blossoming trees has us in the mood for spring. It’s time to open the windows, clear away the clutter, and start the new season off fresh with a good, deep spring cleaning. From inside to out, King County’s Department of Natural Resources and Parks wants to help you wipe away the winter dust in a way that’s good for the planet and for you and your family. DNRP is sharing eco-friendly spring-cleaning tips and tricks across all of the department’s social media channels this week, like… Read More

Following three rounds of interviews with the hiring committee, three candidates have been selected to move into the final phase of the recruitment process for a new King County Sheriff. In the final phase of the selection process, the candidates will meet with members of the Public Safety Advisory Committee, King County employees, labor representatives, and contract city representatives and engage with the community in a separate series of public forums prior to a final interview with Executive Constantine. Click here to read the full announcement.

For over 30 years, King County employees have been giving to participating nonprofits of their choice through the Employee Giving Program. This past year we pledged nearly $2.4 million! For nonprofit organizations to benefit from this program, they must apply annually and meet the eligibility requirements — even if they have participated in the past. Nonprofits are encouraged to join a workshop before applying. Participants in a workshop are more likely to submit error-free, eligible applications. Tuesday, April 12 at 9 a.m. Register here. The application deadline is May 4, 2022. Click here for additional information.

We tell stories that highlight the work we do to support our residents,
build strong communities, and make our region a great place to live and work.

Our 17,000+ employees work every day to make King County
a welcoming community where every person can thrive.