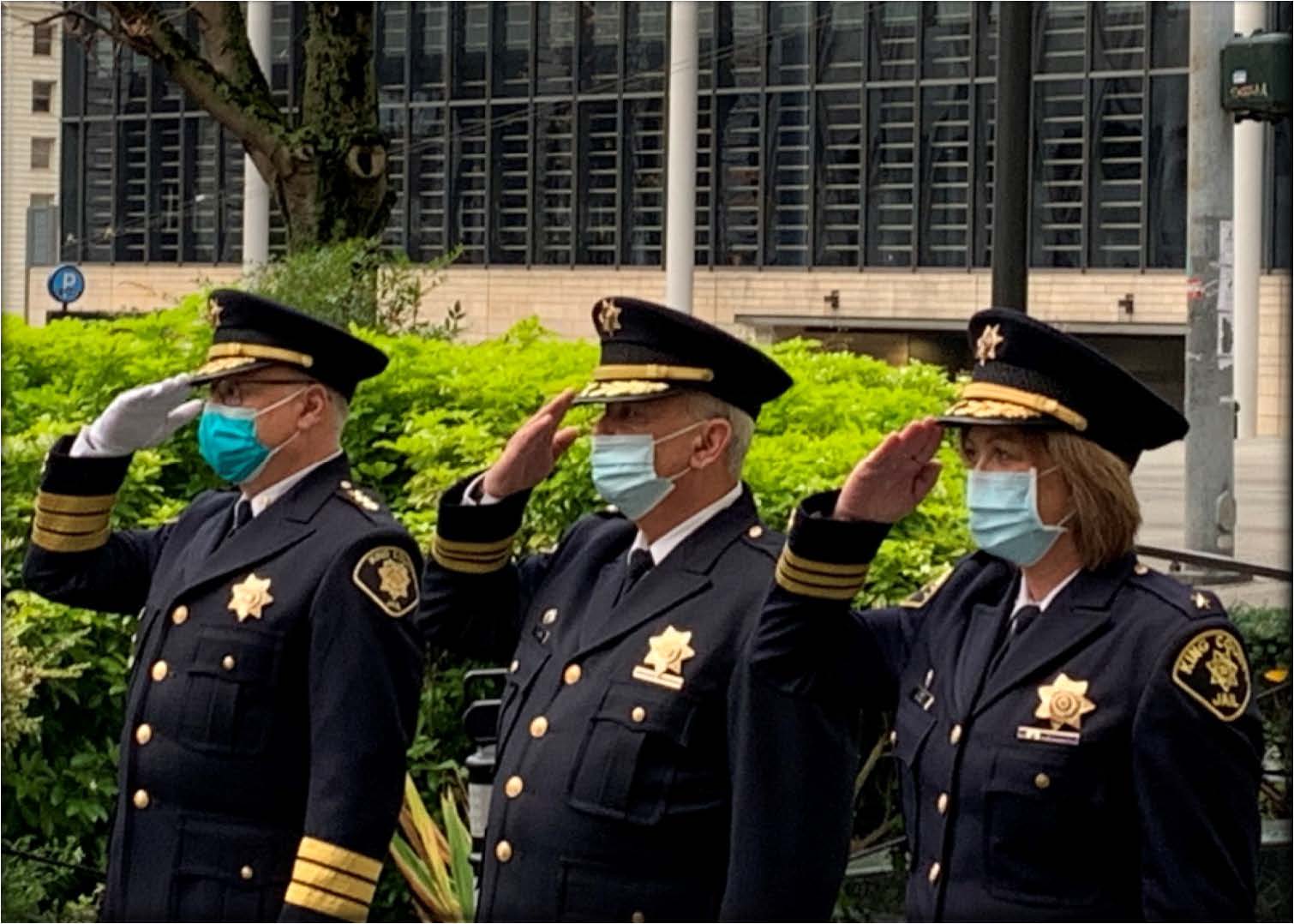 Posted on January 21, 2021 by kingcountyemployees

Cmdr. Corinna Hyatt retires after 30-plus years at DAJD

Corinna Hyatt first set foot inside the King County Correctional Facility as a volunteer. In the late 1980s, her full-time job was at the downtown Seattle YMCA. After a few months helping inmates with physical fitness, a jail supervisor suggested she apply for a corrections job.

More than 31 years later, she retired – as leader of DAJD’s COVID-19 Incident Command and the recently departed MRJC facility Commander.

At a low-key going-away ceremony in December, Director John Diaz called her “one of the best leaders I have ever seen” during 40 years in law enforcement.

WHAT’S BEEN THE MOST CHALLENGING PART OF YOUR CAREER?

I have had lots of challenges throughout my career. With every challenge you deal with and overcome, it just prepares you better for the next challenge. I thrive on it. Of every role I’ve served, being the Incident Commander for our COVID response ranks amongst the top. On March 4, 2020, I received a call from Director Diaz that he needed me to activate DAJD’s Incident Command Center, organize a team and lead the planning and preparations needed in response to the pandemic. I was excited for the opportunity. Had I not been tapped for the job, I likely would have been sitting at the MRJC frustrated.

WHAT EVENTS OR ASSIGNMENTS STAND OUT?

As an officer and defensive tactics master instructor, it was developing DAJD’s defensive tactics training program, and seeking funding for annual in-service training. As the Maintenance and Supply (M&S) sergeant, I audited the armory and discovered there were 117 weapons unaccounted for and no reliable, accountable systems existed to responsibly track department property or security keys. This required my team to develop key control and a quartermaster systems and policies that still exist today.

In 1999, the WTO riots were very challenging for many of us. I was part of the incident command team and one of my responsibilities as a sergeant was perimeter security. We were sometimes working 16- and 18-hour days and sleeping on-site.

The Department of Justice (DOJ) investigation was also very challenging. Shortly after being promoted as the KCCF Major, DAJD received notice that KCCF was under investigation by the DOJ in four major areas. As the operations lead, our team developed policies, implemented new practices, and trained our staff to the new standards. In less than three years, we reached a settlement agreement and met the obligations. It was the subject matter experts inside the jail who made that happen. Most of the issues called out by the DOJ were previously raised by staff for things like more training, equipment and resources.

To get home in one piece. For our work, we have so many rules, regulations, policies and procedures to follow, training to get done and always lots of work, but the most important thing is to make sure that we’re taking care of ourselves and each other. Stay positive. Don’t fight with each other, support and respect one another. Nobody understands our job better than those who are on the job or those who have done it.

IS IT HARD TO ADAPT TO CHANGE?

DID BEING A WOMAN MAKE YOUR CAREER HERE MORE DIFFICULT?

I don’t even know where to start there. I’ve always been very competitive, which is likely the result of being the youngest of five kids with older brothers. So I learned at a young age that if you wanted to play, you had to be tough-minded. There were clearly some individuals who may not have wanted me to succeed, for whatever reasons. Staff who know me and have worked with me know I don’t like wasting time on “haters, crappers and naysayers.” As a senior manager, I dealt with those situations as necessary, but the majority of my focus remained on advancing talented staff and good initiatives, and there was always plenty of both.

HAS THE LANDSCAPE CHANGED FOR WOMEN HERE SINCE YOU BEGAN?

When I first started, I could probably count on one hand how many young women like myself were in the organization. I haven’t lost sight that I’m the first woman to promote to the rank of Facility Commander who promoted through the rank and file. Based on our talented workforce, I am not likely to be the last. Today we’re a very diverse organization at every level.

WHAT ARE YOUR PROUDEST ACCOMPLISHMENTS HERE?

Training and organizational development. Over the years, we’ve built an infrastructure for training, policy, and investigations, and acquired resources necessary to ensure ongoing development for policy and training. All of these systems are necessary to ensure there is ongoing training and development, and focus on organizational development and succession planning. That’s something I never saw as a young officer or sergeant. Training should be continuous throughout any employee’s career. It’s my hope that the County will continue to focus on succession planning to develop future jail leaders. The reality is, succession planning should not start when you have a vacancy.

WHAT WILL YOU LOOK FORWARD TO DOING AFTER RETIREMENT?

Moving forward, my wonderful husband of 26 years and I are looking forward to spending more time with each other, our amazing children, family and friends. We look forward to more fly-fishing, golf, snowboarding and travel, and plan to fully enjoy the next chapter of our lives.

← Executive Constantine outlines top priorities for 2021
Recording meetings and calls in Teams is available once again! →