The Family Support Division (FSD) in the King County Prosecuting Attorney’s office had some good news recently. In the third quarter of 2019, they collected more than $900,000 in child support from non-custodial parents which brings the total collections for 2019 to just over $2.6 million dollars. FSD team members said that this figure is great news for families in our caseload who need the money, but said that focusing on this number is not the most important part of the story. 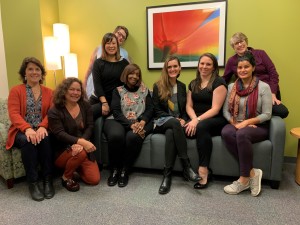 Child support collection has historically been very cold, almost draconian, with a sole focus on the dollars collected.

When a parent fails to pay child support, that parent comes to the legal system’s attention through a civil action for contempt of court.  When an individual fails to come to court in response to a contempt order a bench warrant may issue for their arrest. Having an outstanding warrant can lead to arrest or the loss of a job opportunity and that can affect a parent’s ability to pay child support. But veterans of the FSD realized, over time, that this one-size-fits-all approach didn’t work for everyone and, in the long run, may actually deprive the families of the financial support they desperately need.

In fact, some non-custodial parents simply do not have the ability to pay. To address that, FSD dug into the barriers that prevent individuals from being able to meet their court-ordered obligations.

A parent can’t meet a financial obligation if he or she is homeless, incarcerated, addicted, or having mental health challenges. Arresting them over and over again won’t likely change things. To address this, FSD uses a team approach and leverage diversion units to help parents.

How to get people back on track

The FSD collaborates with the Special Support Enforcement Unit (SSEU) comprised of two dedicated King County Sheriff’s Detectives to manage the outstanding warrants. Det. Scott Richter has been doing this work for 15 years. His partner, Det. Charles Hossner, about 18 months.

This two-person unit, dressed in plain clothes, goes into the field to meet these people where they are and start work addressing the backlog of warrants. They have choices.

The 18-month-old field genetic testing kit has been a game changer, according to the detectives.

“It used to be, we’d have a related warrant, bring the parent in. The Prosecutor’s Office would have to call a lab. Sometimes, the incarcerated parent would bail out before we got lab over. So we’d never get a swab.  Then we’d have to start the entire process all over again,” said KCSO Det. Scott Richter.

According to Det. Richter, DNA field testing has made a big difference in the prosecutor’s abilities to bring the more challenging parentage cases to a successful conclusion.

“We no longer have to bring a parent into the office for testing,” added Det. Charles Hossner. “That trip alone results in time off the job and lost wages for a parent.”

A guiding principle within the FSD contempt unit is to, whenever possible, facilitate the self-sufficiency of the paying parent. Over time, personal accountability and positive self-esteem in a parent leads to predictable and reliable support for the children.

This unit costs less to run and has more effective outcomes than bringing a delinquent parent to court and putting them back in jail. “In the last six or seven years, we have become more money-recovery focused and less about putting-people-in-jail focused,” said Det. Richter.

Addressing the back child support

If a parent is arrested and posts bail, that bail is almost always sent to the Child Support Registry and applied toward the debt. Sometimes the only money a custodial parent ever receives on his or her case is the bail proceeds. Bail amounts can range from $500.00 per warrant up to $5,000 depending upon the number of prior warrants the parent has had over the life of the case.

While the dollars collected for child support are incredibly helpful and the number of warrants managed by the SSEU detectives impressive, the FSD and SSEU detectives are most excited to see the successful outcomes for families as a result of  implementing new and innovative ideas into the program. It’s the change in philosophies and the ability to meet people where they are that are the real stars of this successful child support program.

Learn more about this important work at the King County website.